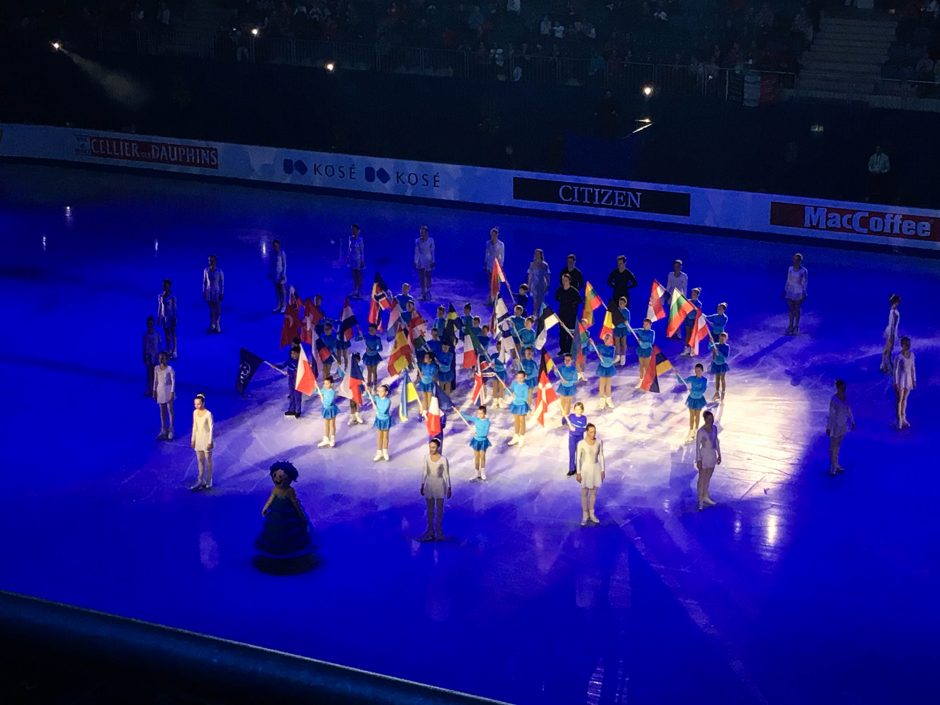 This place is dedicated to share my passions and those, from time to time, take this blog into unexpected areas. I haven’t mentioned yet, figure skating is my huge passion, since I was a child. I love the way it combines the benefits of both, sport and art.

The competition brings a tension into figure skating and make it so exciting to watch, while it’s also very aesthetically pleasing. Skaters can bring more and more of their own vision into their programs since some restrictions were abolished in last years. Figure skating today reflects the personality and also the origin of skaters in a beautiful way and makes it even more interesting than ever before. 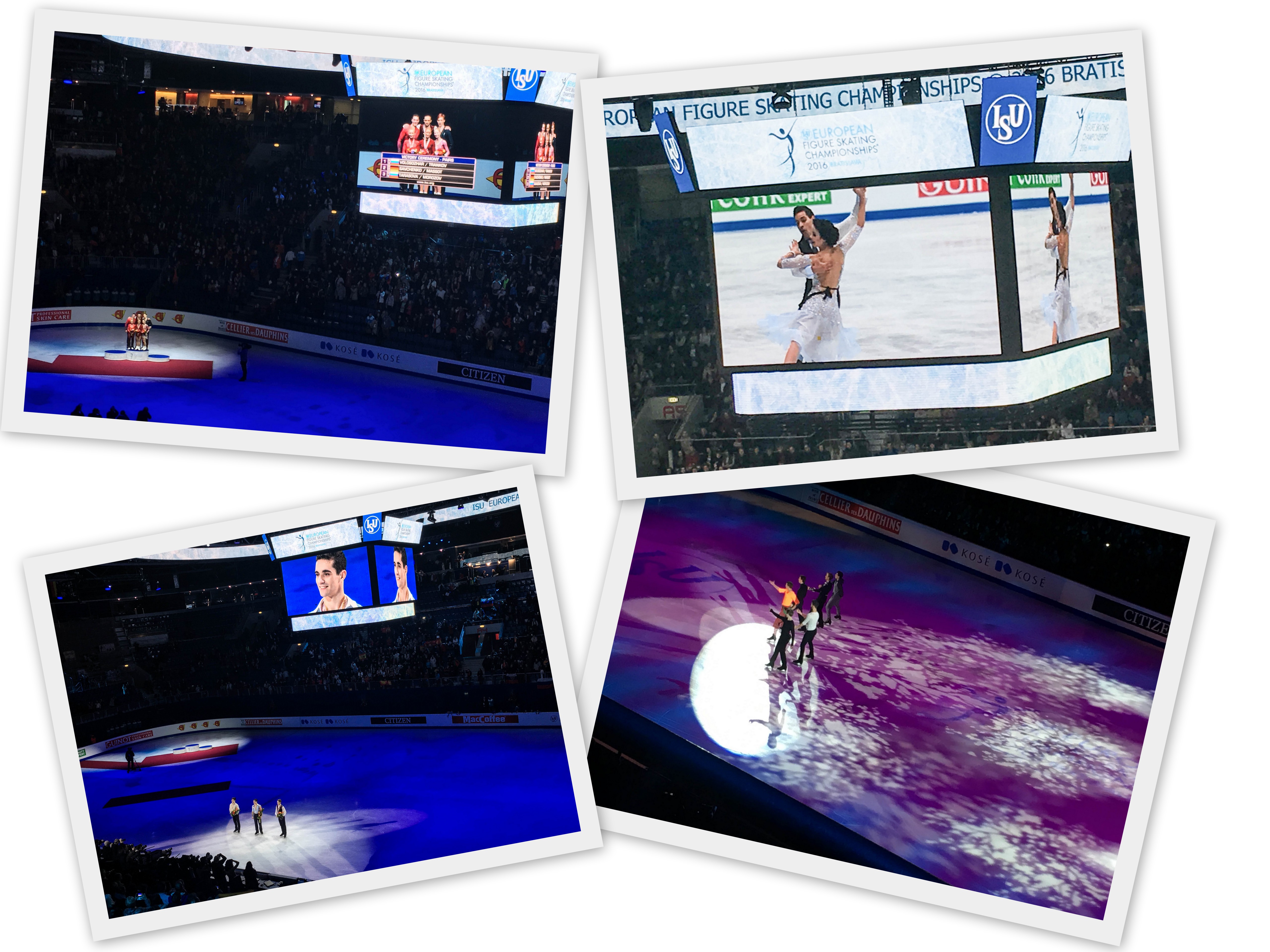 I was so happy I could see complete European Figure Skating Championships 2016 in Bratislava, recently. It’s been an amazing gift from my fellow and I enjoyed each and every sip of it.

For those of you, who were too busy to see it, but can appreciate even above the sport skills of the great skaters, I bring my selection, let’s say crème de la crème of the championships in various aspects. After some time passing , it’s clearer which moments were really memorable to me. And it was not necessarily just about those who stepped on the podium.

In the women competition, Russians rocked it and took all the medals. Moreover, the winning Evgenia Medvedeva, was also the best dressed lady on the ice, in Bratislava. The blue dress with a shade of grey and violet, she wore during her free skate, reminded me the designs from Zuhair Murad (does anyone know, who was the real designer?). 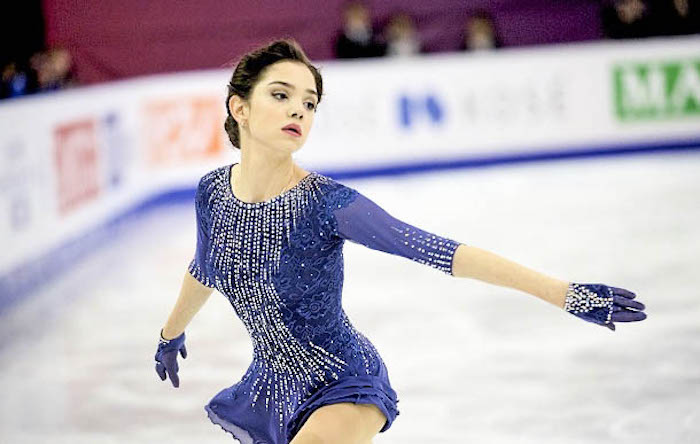 These dress proved that details make the perfection. I loved the cut of the dress with quite untraditional length of its sleeves and the stunning neckline on the back.

All beautifully decorated by lace and glitters. Paired with short gloves, the costume looked elegant, yet sophisticated and youthful.

Dress complemented the mood of the music and choreography, and even highlighted Evgenia’s breathtaking performance.

My attention was caught also by the costumes of the Italian dancing couple and silver medalists, during their short program. What should I say? Italians know how to dress well, even on the ice. If this couple was not enough to convince you about that, then maybe the Pretty woman-like dress of the Italian skater Roberta Rodeghiero would. 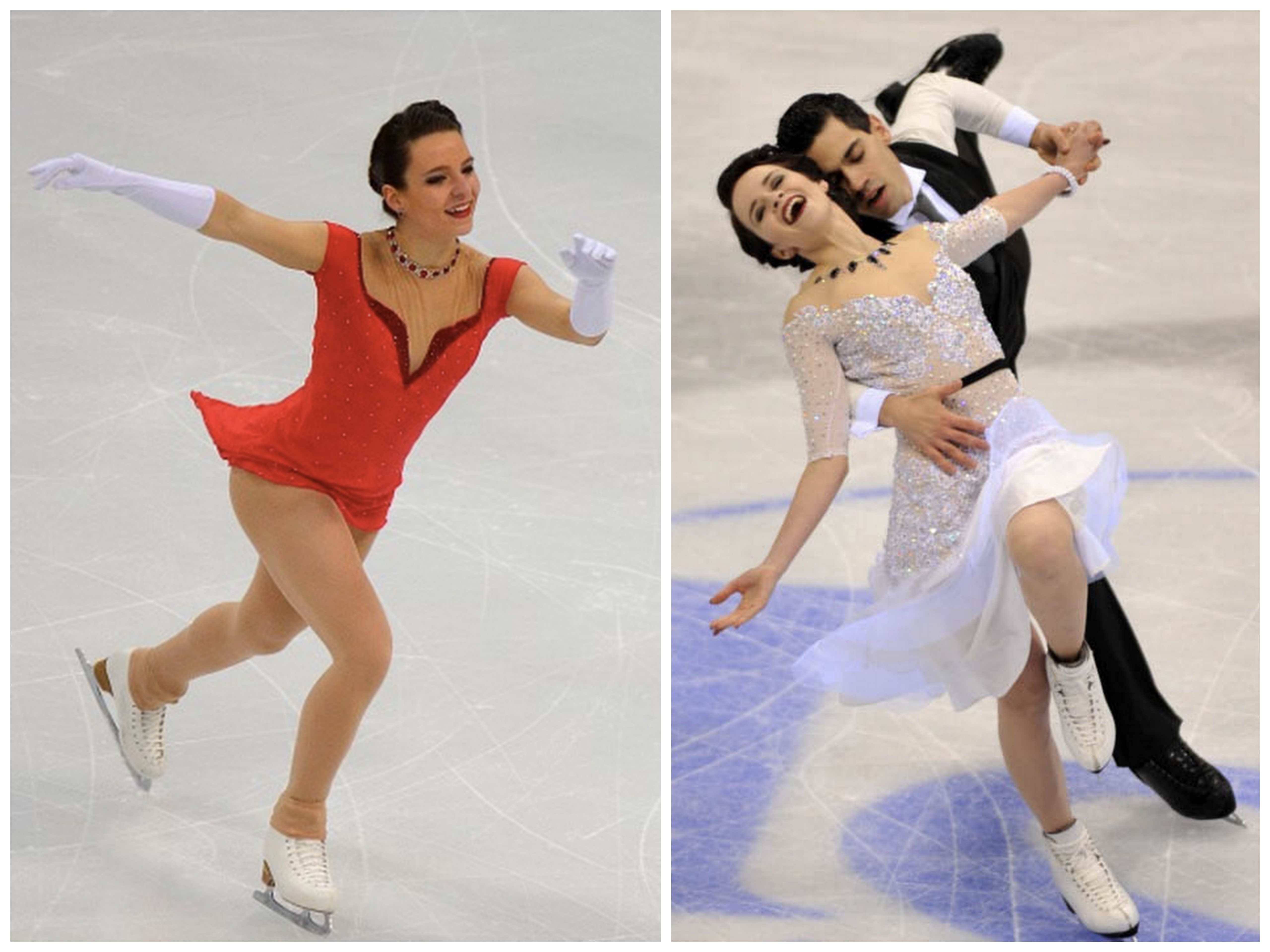 What I really appreciate is, when a program has the story. That is the strongest at ice dancing. Though the couple, representing France, Gabriella Papadakis and Guillaume Cizeron were the best skaters and deserved to win, I was impressed by the program of Russian couple Ekaterina Bobrova and Dmitri Soloviev as well. They chose dancing on the motives of the eternal story of Anna Karenina. I love that tragic romance and their performance was touching. Also, the translation of the original dresses into the figure skating costumes was done very well. They got bronze in this championships, but had the second best long program, and for me one of the most memorable.

We can only guess how much Aliona Savchenko, silver medalist in the pairs category, must love figure skating. She is currently competing with her fourth partner after she won solid amount of metals with Robin Szolkowy, representing Germany. Just to mention the highlights, they were 2010 and 2014 Olympic bronze medalists, five-time World champions (2008, 2009,2011,2012, 2014), four-time European Champions (2007 to 2009, 2011). As you may have noticed, the gold medal from the Olympic games is still missing in their imposing collection. That might be the great motivation for Aliona, to continue her career with the new partner Bruno Massot, after Robin left and settled down to start a family.

When you see this smiling woman with her partner, performing all those dangerous elements with incredible lightness, you would never suppose, how many complications she had to overcome in her career. Ukrainian-born skater decided to relocate from Ukraine to Germany, to team up with Robin Szolkowy, in 2002. Her decision came after she couldn’t skate with Stanislav Morozov anymore, because of his health issues.

Beginnings with her new partner in the new country were anything, but easy. They had been taught different skating basics and didn’t speak the same language. In spite of that, few years later they started to win all sorts of the competitions. All but Olympic Games.

And guess what? Their biggest competitor happened to be Ukrainian-born Tatiana Volosozhar with Russian Maxim Trankov. She was competing with Stanislav Morozov, the previous partner of Aliona during the years (2004-2010), without winning a medal. The situation has changed after Tatiana paired with Maxim. Together they returned the gold back to Russia in the Olympic Games in 2014, after Russia remained painfully without medals in 2010.

In Bratislava, Aliona and Bruno ended up second after Tatiana and Maxim. Considering it was the premiere of the couple, it was a great result. However, Bruno couldn’t hide his disappointment after the mistake in free skate. I loved their very original performance matched with untypical music and choreography. I’m really curious about the further evolution of the career of those two fabulous couples.

Hero of the Championships

The most wonderful experience of the championship was the long program of the Brasilian-born Florent Amodio, representing France. I’m sure most of the people will agree. It was his last and probably one of the best performances of the career. The program of Florent included amazing jumps in great tempo and the dance full of joy.

Heroic performance, strengthened by the significant dose of endorphins, spread all over the audience, earned standing ovation. I was not the only one moved by emotions and happiness of Florent and his equally sympathetic couch Nikolaj Morozov. They made us all want to hug them and give them a Teddy Bear. Florent didn’t step on the podium because of the total score, but his long program ranked second. Jose Fernandez might be the winner of the competition with technically enormously difficult elements, but the real king of the ice that night, was Florent Amodio. 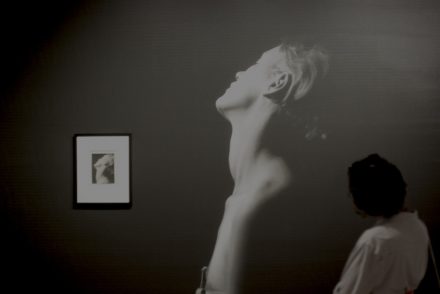 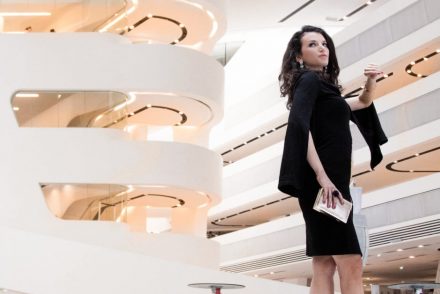 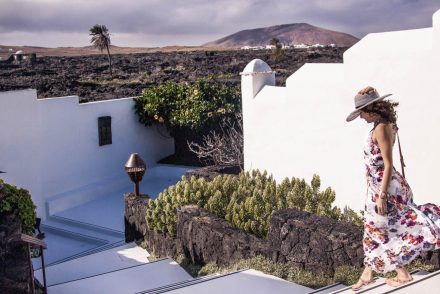