“Lives elsewhere” takes you to the different parts of the world where inspiring people chase their dreams.

I was lucky to catch up the always busy radio and TV anchor and producer, Rania Younes, for a while. Enthusiastic and beautiful Lebanese moderator works in media since 2002. During the last four years she is based in Abu Dhabi and travels around the world. For the Smell of Jasmine she revealed some details of her path to the growing audience.

After studying and starting your career in Lebanon, you work in a radio in Abu Dhabi now. Why have you decided to move?

Firstly, I studied advertising and marketing, it was my major at the university but media in general (Radio and TV) was my hobby. I was working on it and taking more and more courses during my studies. I started to work in a radio when I was 14 years old. After I graduated I started to work in Lebanon. I worked for a radio station for eight years. I was not only a radio presenter, I was also taking care of the marketing, advertising and PR. Besides that, I was managing interns, students who were doing their internships. I was also working on a TV program about fashion and trends. Add to this, I was a professor in media at the university as well. In 2010, I got an offer from Abu Dhabi, radio Star FM, to present the morning show. When I came, I found they had the latest technologies and I liked the concept of the program. I think that UAE generally is a good market for media. You can success in a nice way and fast ,when you are working in the right radio station and you are the right presenter.

What is your main focus in the Star FM radio show?

I am not specialized in one single topic. Usually, the morning show should cover different topics. We talk about positivity, health, fashion, families and kids, men and women, we talk about technologies, local activities and events… And we discuss the segment I really like and, I think, people now connect more and more with me, which is traveling and tourism. Thereby I have been invited by many countries, to go for a visit and talk about it in my morning show. And it’s not only on the radio, we always have coverage on the social media such as Facebook, Twitter and Instagram. I also make short videos, take many pictures and put them on social media. And it’s all in my morning show. It’s really a rich magazine covering many topics. 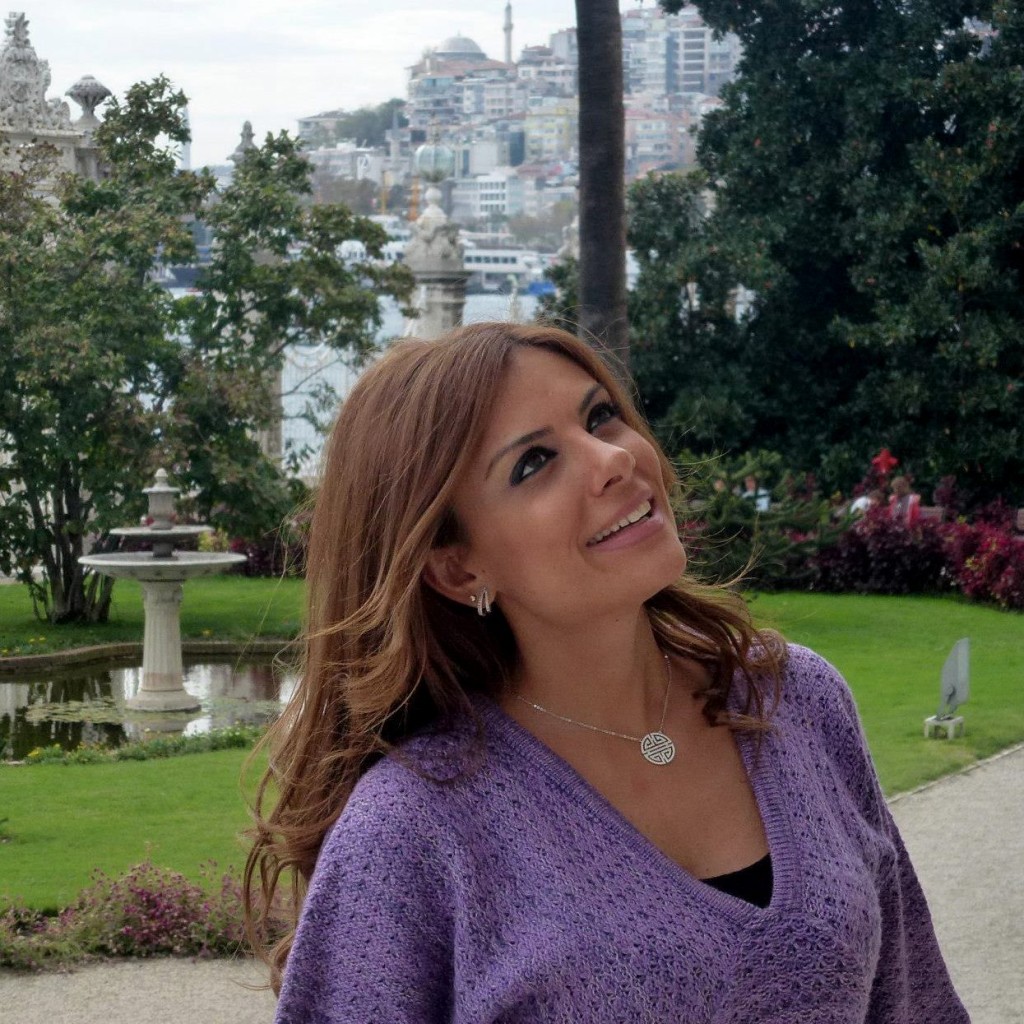 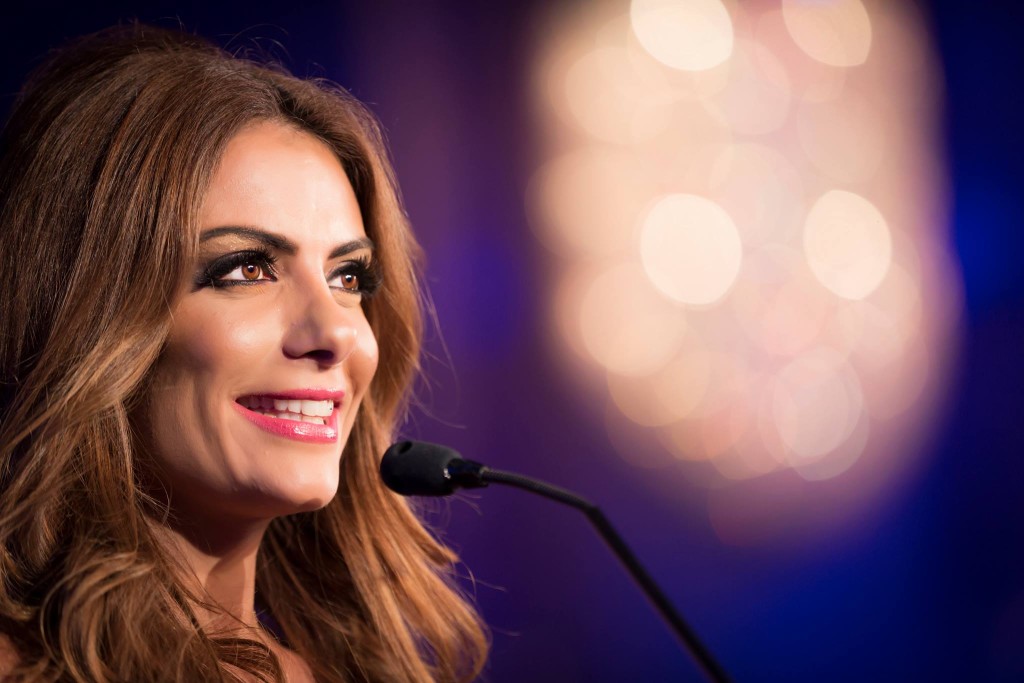 What about your TV fashion show?

It was for the Lebanese TV but, unfortunately, I had to stop it because I was not able to travel to Beirut every Saturday for the shooting, anymore. In that show I used to do interviews with designers, artists, painters, people with new ideas, bringing new trends. For me, fashion is not only about clothes. You can see fashion as well in technologies. We follow the trends with cameras, mobile phones. Everything is a fashion. Travel, food, special diets etc. This is why the program was very broad, covering many topics. I think this is my personality, because I don’t like to be only in one specific segment. The more you know, the more you want to deliver and I work as much as I can to have an idea about many topics in many fields.

Is there a big difference between the media in UAE and in Lebanon?

Yes. Let’s say, in Lebanon, you talk only to Lebanese, to people who know your culture, your accent, your dialect, while in UAE, you are talking to the entire Arab world. We are talking not only to Lebanese, but to everyone speaking Arabic. And everyone has their own dialect, accent, specific words and traditions so here you have to be little bit more careful in what you say and how to say it. 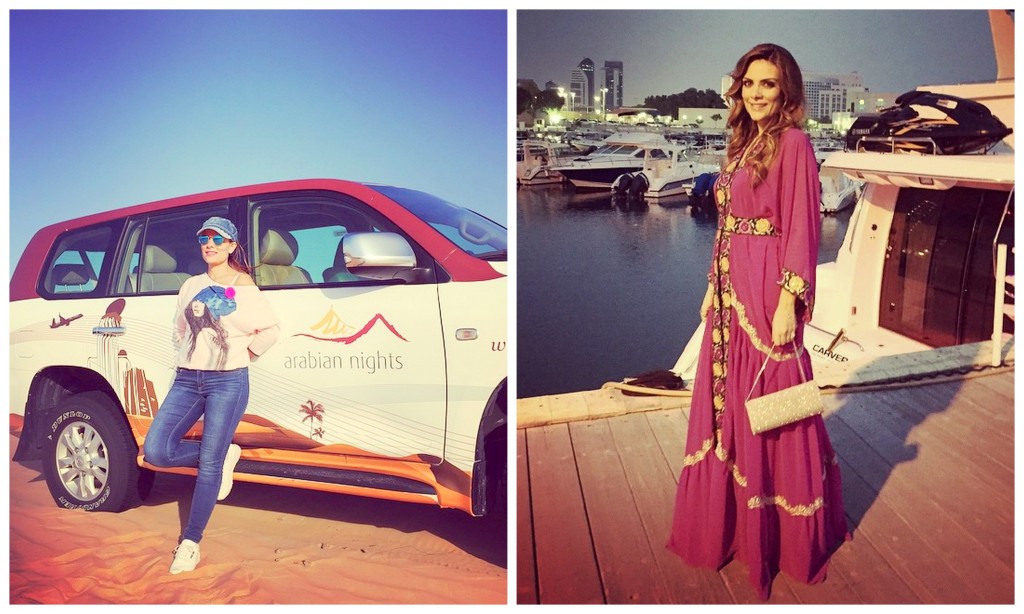 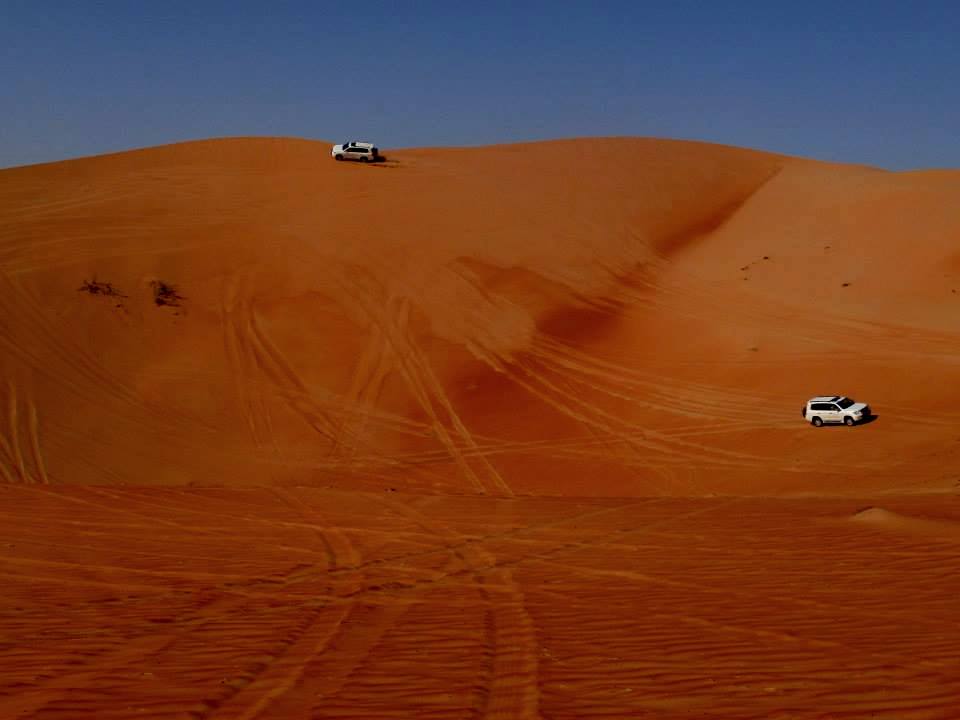 You worked in a fashion field. In Arabic countries, especially in Lebanon, there are many successful designers. Do the people there prefer Arabic designers to Europeans, for example?

I think it only depends on the occasion. People here like to wear European brands as well as brands of Arabic – Lebanese designers that could reach the world with their designs such as Elie Saab or Zuhair Murad and many others. I think, the Lebanese or Arab women in general like fashion and they are known for their nice and elegant taste.

We, Europeans, see Abu Dhabi or Dubai as a place full of luxury, spending huge amounts of money on everything. Is it really like that?

Yes, it is like that. They work a lot, on their technologies, programs, development, infrastructure, international aspect, worldwide reputation and relations. They also work a lot on their image, to show everyone a nice and shiny picture.

Do you consider your present position to be the top of your career, or you do have other wishes and hopes for the future?

No one reaches the top…otherwise their career would stop. I always wanted to go international and I feel lucky and, thanks to God, I was able to participate at the International radio festival, happening in Zurich in Switzerland. I was the first Arabic presenter, participating at the festival and I was invited twice, which is not very usual. Participating at that festival was something very important to me and for my career, too. Of course, I would like to continue, to succeed more and more in my career, because the radio is a world by itself. I’m MC presenter at different events and maybe I would like to be a bit busier in this area. 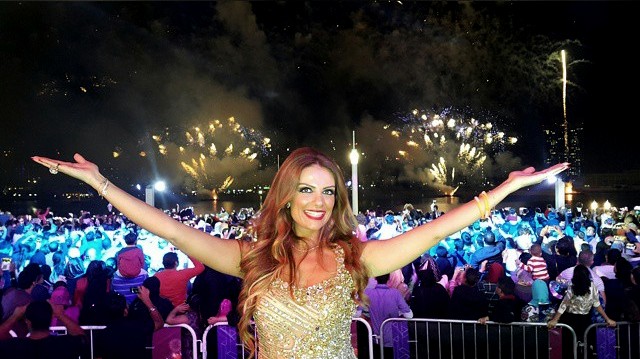 You said you are traveling a lot with your radio show. Which countries have you visited, recently?

Lately I was in Japan. I was twice in Germany and Switzerland. Other countries I broadcasted live from were Australia, Thailand, Turkey, Holland, Seychelles and Maldives. I visited many countries and I made a nice coverage for each of them. And I was a guest, for example, in Seychelles at a local radio show, talking about my visit and experience in Seychelles.

What exactly you were talking, for example, about Japan?

We were talking about the traditions, about many cultural attractions. Things one should visit when going to Japan, the best time to go there and how to move around. We spoke about Sakura, the cherry blossom season, because I was there at its time. We discussed Japanese technologies, transportation and weather, as well. We also talked about people and the history. And of course about food. Every city is different and what we mentioned was, that sushi we are used to eat here is not the sushi they eat there. In Japan, you can meet local people who are very friendly, very polite and very shy. I think, that was taken from the Samurai tradition. This attitude and behavior engraved in the personality of Japanese people. We were also talking about kimono – the Japanese traditional dress. 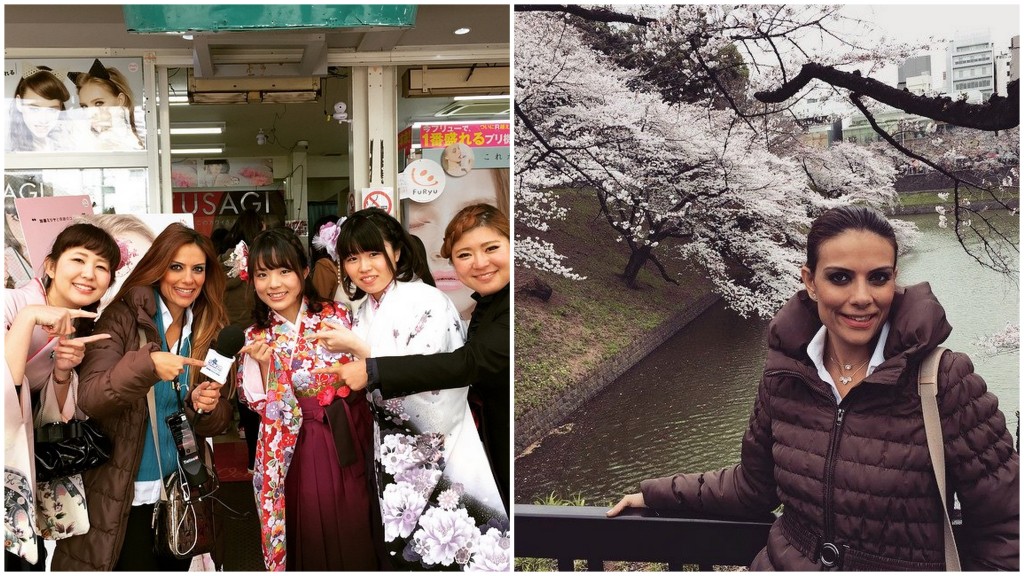 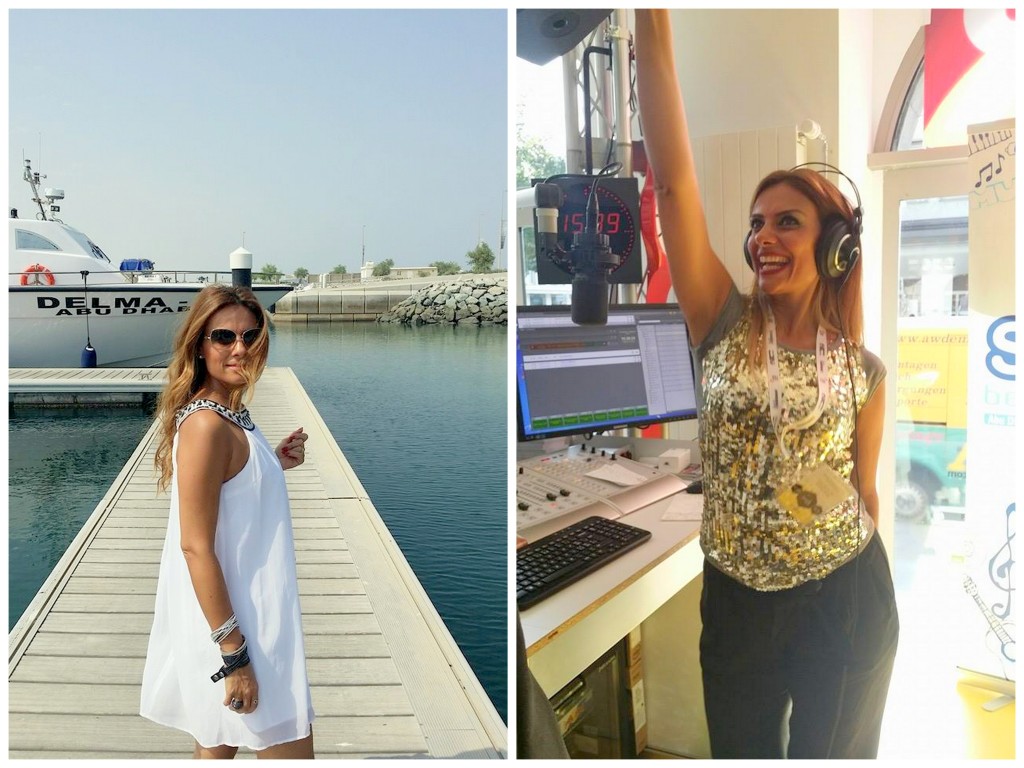 You are traveling for your radio show though, the people cannot see it. I guess social media have an important role in it and offer the place where you put all photos and videos?

How is the life in Abu Dhabi?

Amazing. The UAE is a well organized, peaceful and safe country. For me, Lebanon is my blood, the country where I was born and UAE is the country where I’m living so both are home for me. And my husband is from Germany, so Germany is also home.

We travel a lot but when we are in Abu Dhabi, we go swimming, we go to the desert, shopping, we catch up with friends for dinner or for lunch.

Maybe the heat in the summer. I miss spending time outside in the summer, which is simply not possible, it’s just too hot. 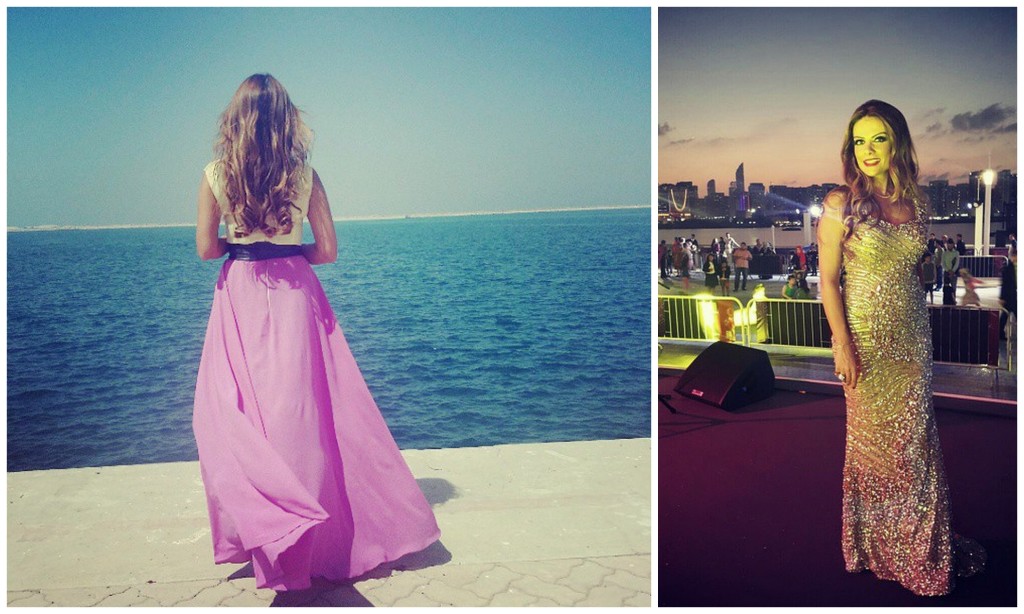 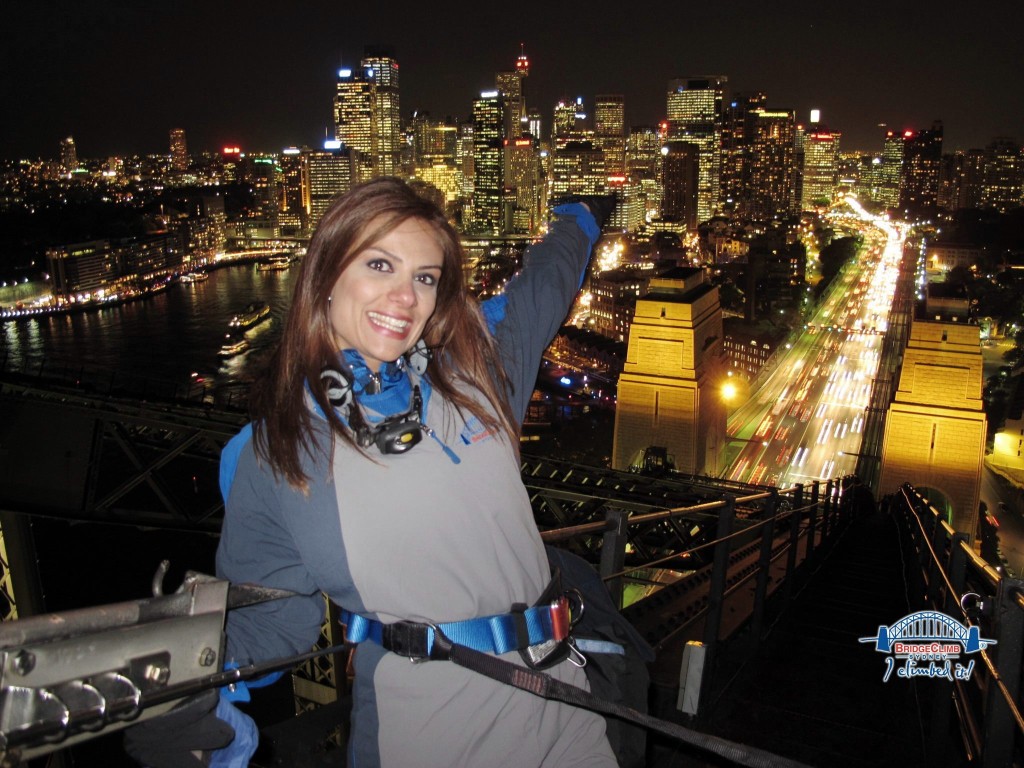 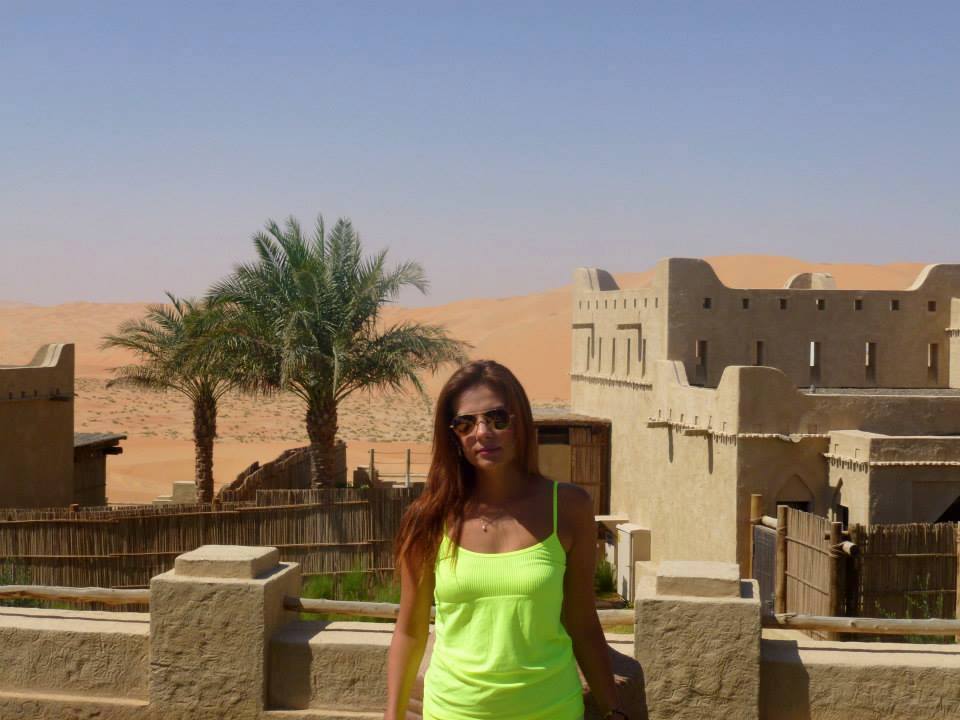 Stay tuned for the next interview, from Bogota, Colombia. 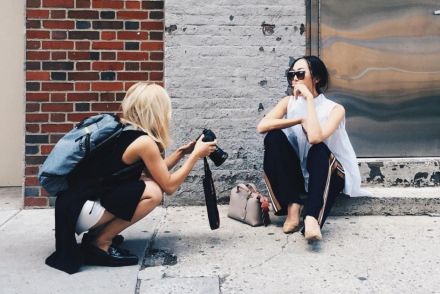 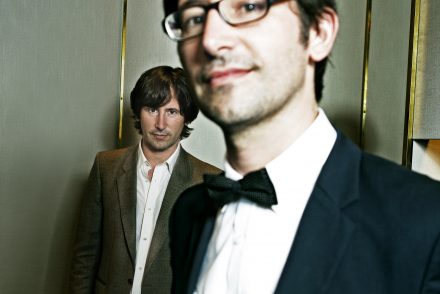 My Biggest Fear Is Speed of the Fashion World, Aitor Muñoz Says